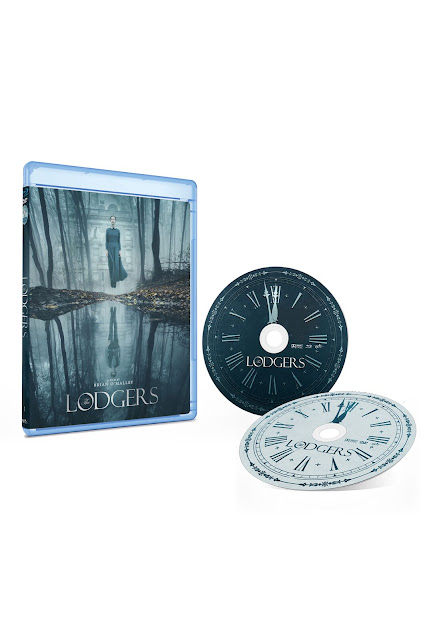 In this gothic supernatural thriller, a family curse confines orphaned twins Rachel (Charlotte Vega) and Edward (Bill Milner) to their home as punishment for their ancestors’ sins. Bound to the rules of a haunting childhood lullaby, the twins must never let any outsiders inside the house, must be in their rooms by the chime of midnight, and must never be separated from one another. Breaking any of these three rules will incur the wrath of a sinister presence that inhabits the house after midnight. While Edward is committed to this ill-fated life, he’s becoming more unhinged due to the fact that Rachel is not. Smitten by a local soldier (Eugene Simon), Rachel grows skeptical and begins to rebel, desperate to escape the oppression and misery of their captivity.

THE LODGERS is a brilliantly crafted suspense thriller in the tradition of THE HAUNTING and THE OTHERS. Deliberate pacing and rich cinematography give the film a deeply gothic tone that will satisfy both horror fans and critics, a rare feat for any genre film.