Interview with Leanna Borsellino about Honeychild 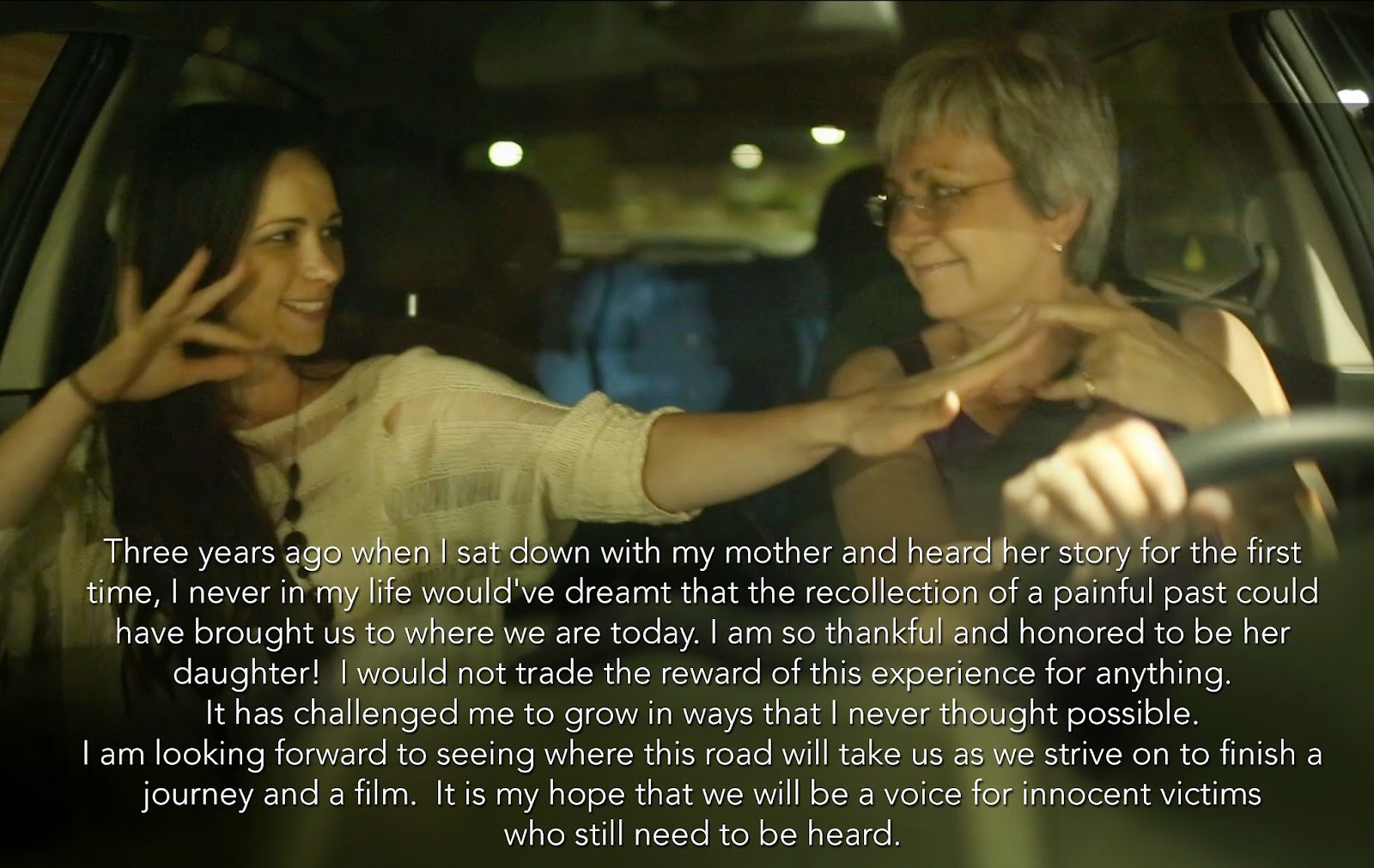 How do you describe Honeychild?
Honeychild is a feature-length documentary that follows the story of an American-born woman, prostituted as a child, as she journeys across the United States with her daughter, recounting her extraordinary struggle for survival in the 1970's sex trade. Together they expose far more truths about America's children in the sex industry, than either had ever imagined possible.

How were you made aware of this story?
About 5 years ago I was going through some keepsake boxes with my mother, when we stumbled upon a box with old letters and photographs from the 1970's documenting her past. It wasn't until that moment that I realized my mother had been prostituted as a child. I was curious and wanted to know more, so began delving into her story and then also researching current events. It was then that we realized this story was bigger than either of us imagined. I gathered a team together also passionate about the cause. Every day we learn something new that causes us to grow as a team. It's been a humbling and sometimes painful experience.

What compelled you to make this project?
My mother. I knew what trafficking was before I found out about my mothers story. And knew even before then that I wanted to bring more awareness, but didn't know how. When I found out my mother had a story and she wanted to share it.. well that was all the encouragement I needed.

How far are you into the project?
We have been working on it for almost 4 years now. It's been slow because we haven't been very aggressive with raising money, until now. Once we are successful with the fundraising on Indiegogo, we will be able to finally finish production. Which will be huge for us in the completion of the film.

Woman's rights are an incredibly important and under discussed subject in this country. While you are telling a very specific story do you hope the film will speak to a larger problem that quietly exists all around us?
Absolutely, our desire is to not only see the hearts of our community changed. But we want to see policies changed. The way we currently respond to vicitims is horrendous... I can't even tell you how many survivors I've spoken to and the atrocities they have had to deal with just in trying to exit the sex industry. While there are some positive changes being made, there needs to be more. We need to shift the way our minds work. It's a leviathan so to speak, the sex industry has created this incredible myth about prostitution that so many Americans aren't even aware they have bought into. It's a dangerous beast to tackle, but we are willing and able to do it.

What is the Nordic Model?
The Nordic Model was passed in Sweden in 1999. Essentially what is says is that you can sell yourself for sex, but it is illegal to buy or sell another person for sex. What this does is it criminalizes the buyers and the traffickers/pimps, and not the woman. They believe that most women are forced into this type of lifestyle, by not criminalizing the woman, we are able to offer her an out. For instance, when a man and a woman are caught in a transaction, the man (buyer) is arrested and the woman is offered an out if she so chooses, which most often she does. Their country puts money into resources that allow women to choose to learn another trade. "johns" and traffickers however are arrested, have their picture put in the paper, have notices sent to their neighbors, have their cars impounded, etc. Since the model was established, while initially mocked, prostitution has gone down over 80%. It is because of these numbers that neighboring countries who initially mocked the model have chosen to introduce it into their own countries. There are now 5 countries that have adopted this policy. Ireland most recently. Canada is looking at it, and slowly introducing the idea.. I hope that the U.S. isn't far behind. I believe this is a solution that will far benefit our children and nation.

Why did you chose the crowd sourced funding method?
We met John Trigonis last year at SXSW. He is the film campaign specialist for Indiegogo. After speaking with him, and hearing how much he believed in our film and cause, he convinced us that we should use their platform to help aid in success. Also, our executive producers were very encouraging to move forward with crowd source funding.

Are there any crowd sourced projects that inspired you to go this route?
My team has all used Kickstarter before, each independently via other projects. We've all had good success from them. It was just time to use a different platform and shake things up a little bit. I'm very proud of my team.
Please give whatever you can to this important film. Click here to check out the campaign page.