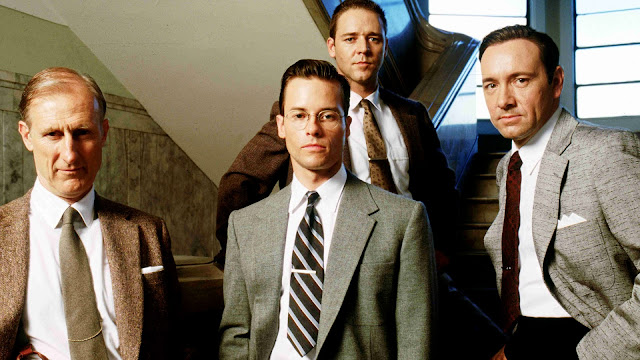 In this episode, Dave brings back a favorite guest, Michael Denniston from the War Machine vs War Horse podcast, to talk about L.A. Confidential.  Britt is, of course, back for more Fangirl Fixation and tells us how not confusing this movie really is despite other opinions.  Dave discusses the dangers of ambition before bringing in Mike for some excellent discourse on L.A. Confidential.
The Value of Aiming High
Ambition Gone Awry
Career Success
Listen!
Fangirl Fixation: 0:03:51
Ambition: 0:17:14
L.A. Confidential with Michael: 0:28:14
Rate and Review on iTunes!