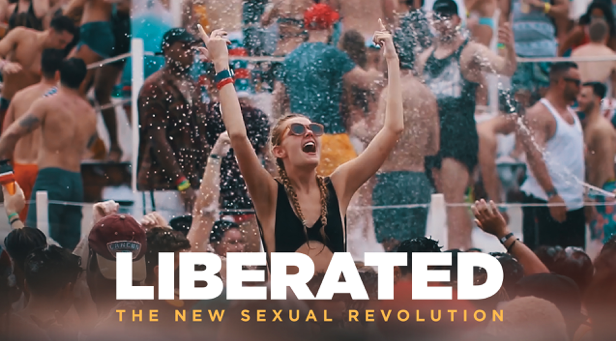 Magic Lantern Pictures and Exodus Cry present Liberated: The New Sexual Revolution, a feature documentary about coming of age in today's young adult hookup culture. The film provides a shocking insight into attitudes and behaviors regarding sex, the normalization of sexual violation, and the struggle against conceptions of gender and sexuality shaped by the media and popular culture. The powerful, unflinching film will launch a world impact screening tour on university campuses across the US, UK, Australia, and New Zealand beginning late Feb 2018. Each screening will be followed by a panel discussion with the filmmakers and subjects who will share their experiences during filming, as well as how their lives have been impacted since. The film is currently available on Netflix.

Each year thousands of college students from around the globe flock to popular resort beaches for the generational rite of passage known as spring break. Over the course of a week filled with booze and casual hookups, Liberated: The New Sexual Revolution follows the journey of college students during these spring break revelries, offering an insightful look into their attitudes and behaviors regarding sex. It is an honest and raw depiction of this casual sex environment where sexual violation has become normal, and sexual assault is customary.Liberated: The New Sexual Revolution widens the view of today's hookup culture by examining the role of pop culture in shaping conceptions of gender and sexuality that underlie this new sexual revolution.

At a time when the mighty #MeToo and #TimesUp movements have brought us to a cultural tipping point, Liberated: The New Sexual Revolution aims to reinforce the empowering anti-sexual assault crusade by creating and encouraging brutally honest conversations among the vulnerable young men and women directly affected by this toxic environment.

"Liberated causes us to ask more questions than it attempts to answer. It leaves us with a lot of unresolved tension and challenges us to find solutions," says director and producer Benjamin Nolot. "I see it as the beginning of a conversation, not the ending of one. "

Liberated: The New Sexual Revolution world impact screening tour kicks off on the west coast on February 27 at UC Berkeley. See confirmed additional venues and timeline below. Go to www.magiclanternpictures.org for more information, and check back often for more additional tour dates being added daily.