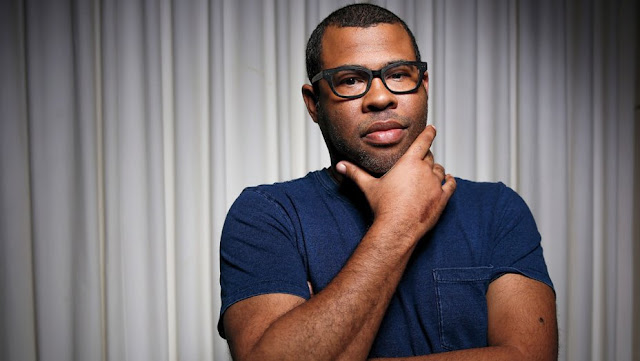 WEIRD CITY is an anthology set in the not-too-distant future metropolis of Weird. Each episode is an exploration of issues that pertains to present day life, stories that could only be told now through the prism of sci-fi and comedy.

WEIRD CITY is written by Jordan Peele (Get Out, Key & Peele, The Last O.G.) and Charlie Sanders (Key & Peele), and produced by Monkeypaw Productions, Sonar Entertainment, Mosaic and Raskal Productions. Jose Molina (The Tick, Marvel's Agent Carter, Sleepy Hollow) will serve as showrunner and executive producer. Peele, Sanders and Bernstein will also serve as executive producers along with Win Rosenfeld who will executive produce through Monkeypaw, Tom Lesinski and Jenna Santoianni through Sonar Entertainment, Sam Hansen and Jimmy Miller through Mosaic and Keith Raskin and Linda Morel through Raskal Productions.

“We are thrilled to be in business with Jordan, Charlie and Jose, who have brilliantly created a highly entertaining satire that will be a timely send up of modern society,” said Susanne Daniels, Global Head of Original Content, YouTube. “We are excited to partner with Sonar Entertainment and all of the innovative storytellers behind ‘Weird City’ to push boundaries and redefine what a comedy series can be."

"Writer/creator Charlie Sanders and I collaborated on some Key & Peele sketches that took on everything from the ‘Black Republicans’ to ‘Continental Breakfasts’ to ‘Family Matters’,” said Jordan Peele. “Now, with YouTube we present a series of comedy driven twisted-ass science fiction stories that take place in a world close to ours but just a little bit off.”

“We’re excited to work with Jordan, Charlie and YouTube to share this unique and timely series with audiences,” said Tom Lesinski, CEO, Sonar Entertainment. “Jordan’s ability to capture the zeitgeist through genre-bending storytelling is unparalleled, and that certainly is the case with Weird City.”