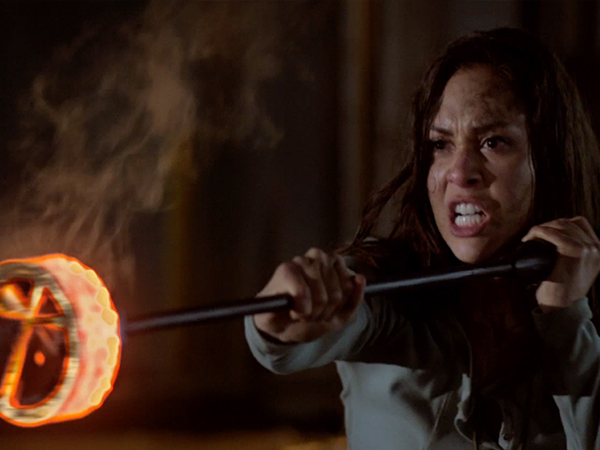 The horror flick centers around Kit (Morgan) and Simon (Jacobs), two young leaders of an Active Senior Tour group, out on an adventure to a small-town Rodeo festival located deep in the woods. It’s a great experience for the group ... until they try to leave. Simon and Kit must save themselves, and whatever seniors they can, from becoming victims of a deadly Rodeo Ritual. Along the way they join up with another unexpected group of victims, including a one-armed cowboy, Ennis (Flanery), Rosheen, the Rodeo queen, and Trish, a powerhouse female bull rider. Together the group must fight to survive the night from relentless bloodthirsty cowboys on the hunt for human livestock.

In the UK, LASSO will premiere at FrightFest in London on August 25th.