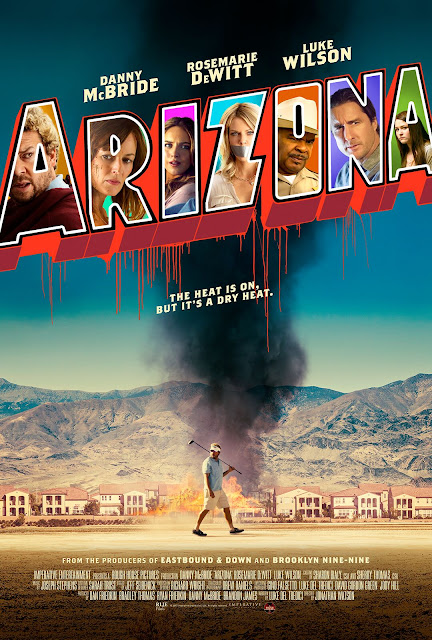 Cassie (Rosemarie DeWitt) has seen better days. As a single mom and real estate agent in the midst of the housing crisis of 2009, she struggles to keep her head above water. She shares custody of her 14-year-old daughter with her ex-husband Scott (Luke Wilson) and continually dodges calls from collection agencies. Being 6 months behind on the mortgage and trying to play nice with an ex who left her for a woman half his age is the perfect recipe for desperation.

Any problems Cassie thought she had were pleasant distractions in comparison to what happens after she meets Sonny (Danny McBride). He is a violently disgruntled homeowner whose life is falling apart. After an unfortunate encounter with Cassie's Boss (Seth Rogen), he decides to take her along as he spirals out of control. Sonny purchased a home and feels that he was tricked into the transaction. He was lied to about the potential return on investment and the stability of variable interest rates.

His home sits on the back nine of an unfinished golf course in a sprawling but mostly abandoned housing development. He needs time to cool off and collect his thoughts, but he keeps making rash decisions that only cause more damage. He is his own worst enemy desperately looking for someone to share the blame with. 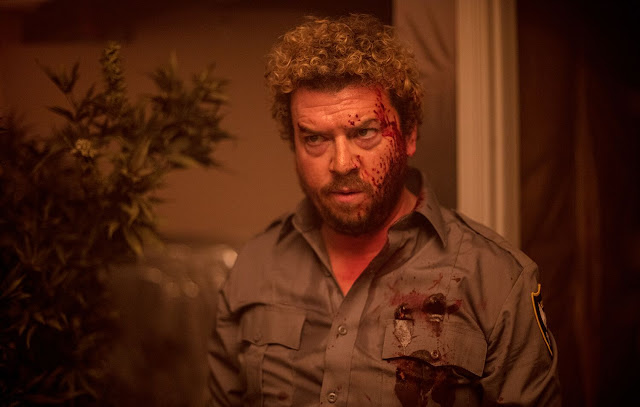 Danny McBride is an actor, writer, and producer best known for his roles in EASTBOUND AND DOWN, PINEAPPLE EXPRESS, and THIS IS THE END. McBride often plays characters who are overfilled with undeserved confidence and act in unforgivable ways. On paper, there is no way a character like Kenny Powers from EASTBOUND AND DOWN should work but, McBride somehow pulls it off.

In ARIZONA, McBride approaches his character from a slightly different angle and turns in one of his best performances to date. In a scene where Sonny kills his wife, he looks to Cassie and says "what have we done?" Cassie had nothing to do with the crime and in that brief exchange, McBride perfectly encapsulates this broken man. He desperately needs someone to share the blame with. He has destroyed his marriage and his financial future and is unable to face the grim reality he now inhabits.

That lack of confidence and desire to ration out responsibility are what drive this deeply depraved man-child. He will never own up to anything he has done and will always find a way to point a finger. The thing that makes McBride's other characters work is the very thing that makes his turn as Sonny so downright scary. No matter how ridiculous the situation or batshit crazy the character he has a way of breathing life into the absurd. 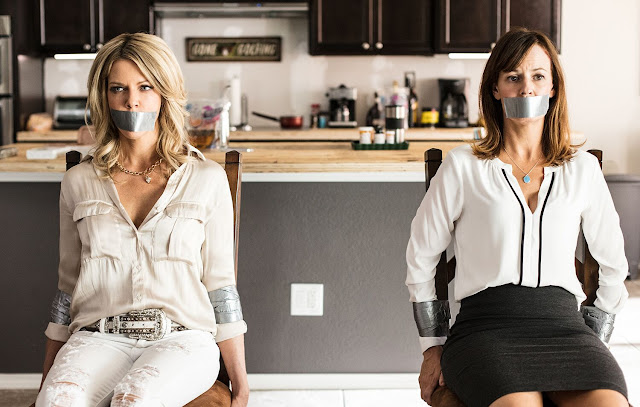 Rosemarie Dewitt is tasked with playing the grounded straight man to McBride's off the rails lunatic. It could be a thankless role but she is able to give her character humanity and complexity that is often lacking in genre films. It's not just the situation she is in the garners sympathy, but the way she portrays Cassie. She shows her as flawed and accessible with enough strength to allow for her eventual comeuppance over Sonny.

Jonathan Watson has been making a name for himself as one of the most sought-after second unit directors for the last 25 years. Working on everything from THE GREEN MILE to THE GREEN HORNET, Watson has patiently waited for his chance to helm a project while developing his skill set under directors like Damien Chazelle, Jon McTiernan, and Michael Bay.

When an opportunity presented itself to work with Danny McBride and Jody Hill on the second season of EASTBOUND AND DOWN, Watson turned down another big-budget action spectacle for a couple months in Puerto Rico with the creative team behind THE FIST FOOT WAY, OBSERVE AND REPORT, and JOE. This decision was contentious enough that Watson looked for new representation when his manager didn't understand why he would turn down a blockbuster for an HBO comedy series. For Watson the decision was simple, he thought the first season of EASTBOUND AND DOWN was one of the funniest things he'd ever seen and he'd give anything to work with those guys.

That relationship eventually led to McBride tapping Watson for ARIZONA.

ARIZONA is a satisfying homage to John Carpenter that uses the housing crisis of 2009 as it's dystopian backdrop. Tonal shifts can often destroy what's working with a film, but Watson manages to navigate ARIZONA's many personalities with a seamless grace. The film moves from a pitch black comedy to an outright thriller without dropping gears to propel itself forward. A rare accomplishment that might only be possible when you have a cast and director as talented as this.