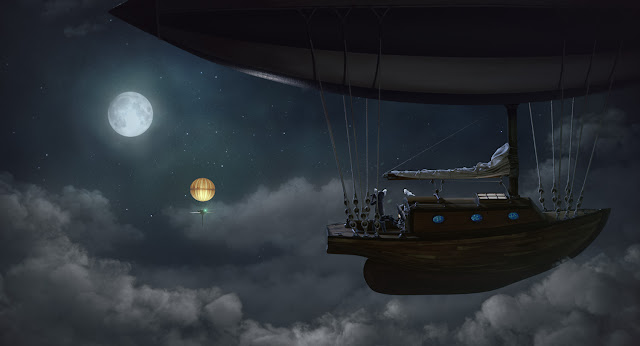 A film about two silent lemurs in hot air balloons is not only one of 2018’s finest animated shorts but one of finest films of the year. I cannot understate the beauty of Smith's TWO BALLOONS, along with its aesthetic the simplicity of its narrative, it's stunning. This 9 minute short strikes a rare emotional honesty that is sadly lacking in most feature-length films, let alone in an animated short. The detail displayed in the stop-motion animation and charming score from Peter Broderick make this simple story utterly re-watchable.

While comparisons will undoubtedly be drawn to Wes Anderson, Smith’s exploration of humanity through these air-born primates shares more DNA with the films of Hal Ashby. It could be that I spent the morning re-watching SHAMPOO and THE LAST DETAIL but Smith seems more concerned with his films emotional resonance than its quirky details.

It would be nearly impossible to spoil the film by describing the plot, but without giving anything away, I will say at one moment my wife looked over at me and said: "if this ends badly I will be furious." In a few short minutes, Smith had her emotionally invested and pulling for these two star-crossed lovers.

Check out the trailer below