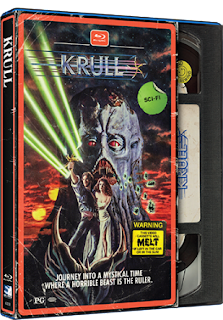 All of the releases in Mill Creek's Retro Look VHS Collection have throwback VHS-style slipcases that will look great on any physical media collectors shelf. These are bare-bones releases but for anyone interested in shelf aesthetic, you won't be disappointed in any of these Blu-rays.

Set in a mystical time and place that is somehow neither the past nor the present, where extraordinary creatures of myth work their incredible magic, and where a horrific, omnipotent Beast is the ruler. This is the planet of Krull!

Prince Colwyn sets out on a daring mission to rescue his young bride who is held captive by the Beast. But slayers and alien beings under the command of the Beast oppose him at every turn. Colwyn must first reach a faraway cavern to recover the legendary Glaive, a flying blade capable of phenomenal powers.

I'm not sure if this a new scan for the Mill Creek Retro Collection but man does this transfer look gorgeous. The rich color pallet of Peter Suschitzky's remarkable cinematography looks as good as it did 35 years ago. In fact, in many ways, it looks better. The matte painting in the swamp scene is simply stunning. The warm pinks and oranges of the dual suns are almost too beautiful for KRULL.

I have a soft spot for this mixed-bag of a movie but the technical aspects of the film have always done the heavy lifting. It's always been great to look at but not really worth giving too much thought to the story. It doesn't feel like the writers, director, or producers were overly concerned about it all making sense, so why should I care if it's illogical? 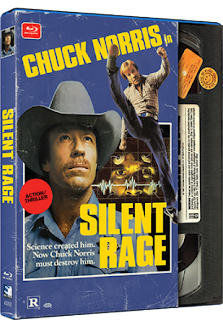 Chuck Norris, six-time World Karate Champion, stars in his first suspense film as the tough, street-fighting sheriff of a small Texas town terrorized by a psychotic killer.  Norris is faced with the dilemma of stopping the invincible murderer, made virtually indestructible through genetic engineering.  A young group of researchers are responsible for developing the serum, and the head of the research institute is determined to continue the genetic experiments regardless of the consequences.  Norris displays fighting brilliance as he singlehandedly routs a dozen brutal bikers from a truck stop hangout while revealing a warm and sexy side when he rekindles an old romance with Alison Halman (Toni Kalem), a researcher at the institute.  Excitement, horror, and romance prevail as Norris combats the killer. 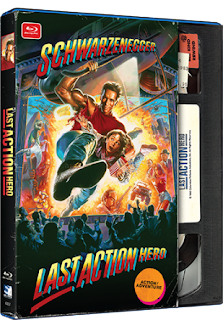 Danny Madigan (Austin O’Brien) knows the first three Jack Slater movies by heart and the fourth one is just about to be released. With the aid of a magical ticket, Danny gets to know the latest movie really well, literally speaking. While watching the opening action sequence during an advance screening, Danny is transported right into the movie! While on the other side of the silver screen, Danny becomes the sidekick of Jack Slater (Arnold Schwarzenegger), the toughest cop on the police force. Complications arise while Jack and Danny are working on the case, when one of the bad guys gets a hold of Danny’s magic ticket and escapes out of the movie into the real world. Now Danny and his hero Jack Slater must chase the arch villain in the real world, a world where evil guys can actually win! 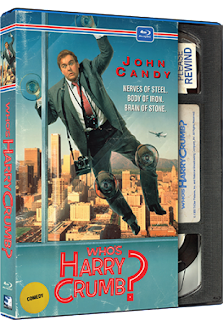 John Candy is bigger, better and more bumbling than ever as the hilarious Harry Crumb - a big-hearted, soft-headed private eye and mixed-up master of disguise. When Harry, the last of the great sleuthing Crumbs - and the last person in the firm to ever get an assignment - finally gets a shot at a frontpage kidnapping, it’s only because his beady-eyed boss Eliot Draisen (Jeffrey Jones) doesn’t want the case solved. At stake is the gorgeous daughter of multi-millionaire P.J. Downing, a $10 million ransom, and Eliot’s hot-to-trot mistress (Annie Potts). Attired in a bizarre array of goofball disguises, from a Hungarian hairdresser to a hefty housewife - Harry is bound, gagged and determined to crack the case and prove that when it comes to crime, he’s one Crumb that won’t be swept under the carpet.