How Big is Netflix? Does Size Really Matter? 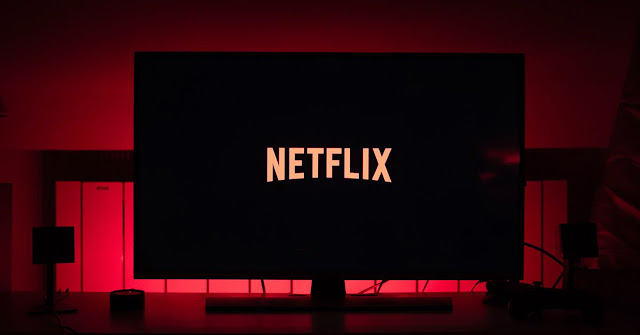 How big is Netflix? It can seem incredibly small when you look through the same 15-20 titles that the all powerful Netflix algorithm constantly spits up at you. But it turns out there is far more than I thought.

The folks over at reviews.org did some deep diving and found out exactly how much content we are paying for.

According to their research if you were to attempt to "finish" Netflix, it would take you approximately four years, two months, and eight days to watch all of their available content. If this is true, and I believe their methodology was sound, Netflix is doing a shit job of showing me stuff beyond my perceived narrow interests. 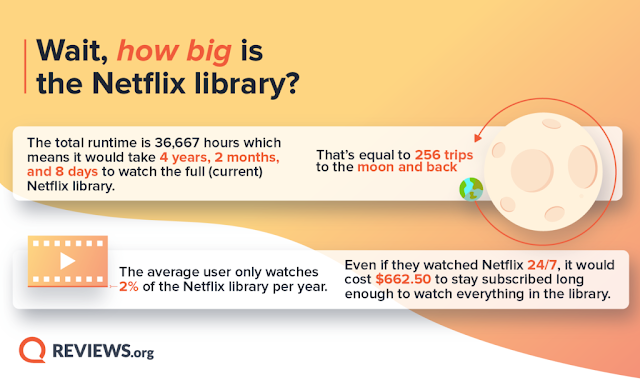 Highlights from the article:

So the real question stands, is 2% worth the subscription? To me, I'm ok with what I get out of Netflix but I do get the feeling there is much more that I would be interested in. Netflix knows I like true crime, horror, and comedy but they rarely suggest much beyond that.

The "top 10" most popular addition has been great but I'd like the ability to dive in to top lists by genre, user rating, or even Rotten Tomatoes score. Anything beyond what we have would be an improvement. Oh, and stop playing the fucking title when I hover over it. Netflix is like a 13 year old boy making out in his parents basement, far too eager to get things started. Slow down Netflix, we'll get there I just need to be warmed up.

So what do you think? Is Netflix too big? Too small? Just right?