Trailer for Netflix's FEAR CITY: NEW YORK VS. THE MAFIA 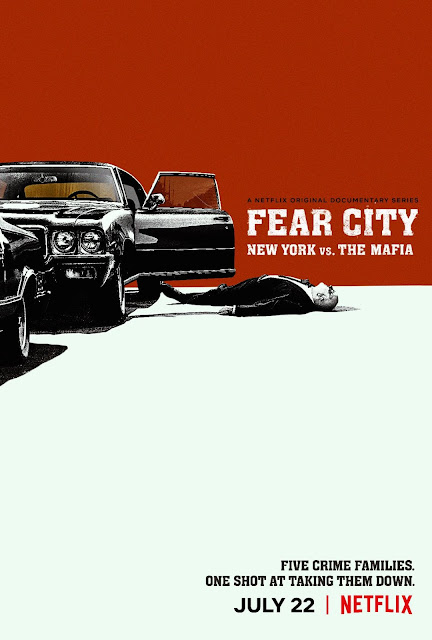 Throughout the 1970s and ’80s, the “Five Families” of the New York mafia—Bonanno, Colombo, Gambino, Genovese and Luccese—held a powerful, and seemingly insurmountable, grip on the city. In this three-part docuseries from RAW (Don’t F**K With Cats) and Brillstein Entertainment, award-winning documentarian Sam Hobkinson details the incredible story of the history-making organized crime investigation and prosecution case brought against New York’s most formidable mob bosses. Through interviews with dozens of law enforcement officials, ex-mafia associates and others, FEAR CITY: NEW YORK vs. THE MAFIA sheds light on how the mafia’s control of unions, high-rise construction and other industries netted billions for organized crime. Previously unheard surveillance recordings, news footage and archival material alongside new interviews and reenactments paint a shocking and captivating portrait of this “Golden Era of the Mob.”