Iggy and The Stooges 8-Disc Box Set "From K.O. To Chaos" 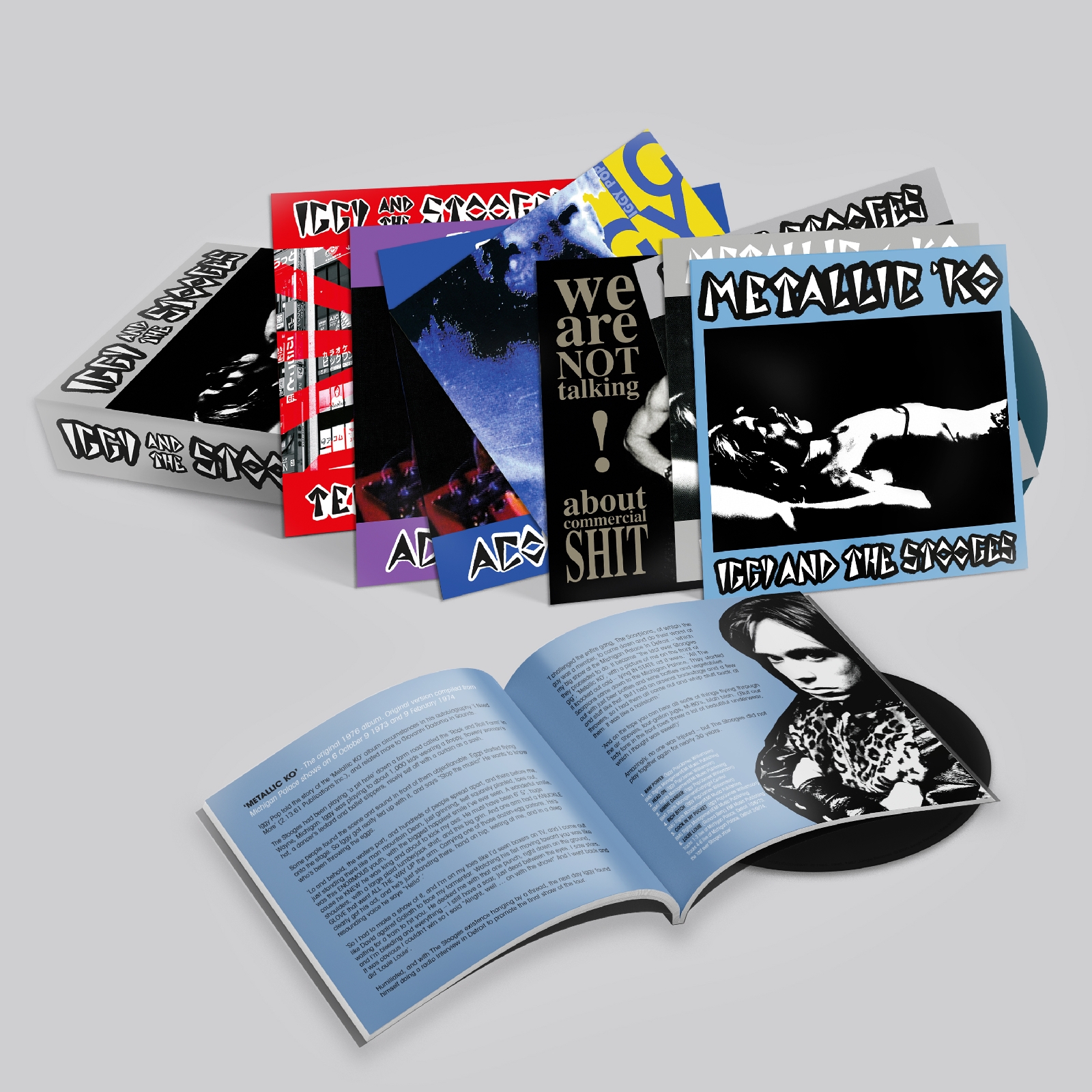 When the riotous, confrontational 'last ever' Iggy & the Stooges gig Metallic KO was issued in 1976 on the French indie Skydog label, it heralded the punk movement and cemented Iggy's position in it. Iggy’s career then took off, and a lengthy liaison between Skydog and Iggy Pop continued, with releases through and beyond the Stooges reunion 29 years later.
Here are all of the Skydog label's Iggy releases, remastered, in a clam-shell box set containing seven CDs and a DVD – a fitting tribute to the label’s punk pioneer boss Marc Zermati, who passed away in June. Marc started Skydog in 1973, arguably Europe’s first independent rock label, and in the same year that Metallic KO was released he organized the "First Punk Festival" in Mont de Marsan. He worked closely with The Clash, Johnny Thunders, Wilko Johnson, and Chrissie Hynde and many others.
Alongside Metallic KO the box includes the two Metallic KO source tape gigs, pitch-corrected after a tape speed fault was discovered; two collections of live and studio rare songs; unusual Iggy acoustic shows on DVD; a studio acoustic CD and the Stooges long-awaited 2003 live reunion in Tokyo. The 48-page booklet has notes by Paul Trynka, the Iggy Pop ‘Open Up and Bleed’ biographer and former MOJO editor, and rare and unseen photos.