FOLLOWING FILMS PODCAST: Will Battersby and Diane Shader Smith on SALT IN MY SOUL 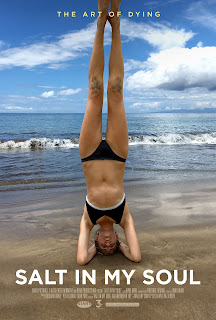 SALT IN MY SOUL will be released on VOD in the US, Canada, and UK & Ireland and key territories worldwide on January 25.

Based on the posthumously published bestselling memoir of the same name, the film takes you inside the mind of a young woman who tries to live a full life while dying.  Mallory Smith was diagnosed with cystic fibrosis at the age of three. In her twenty five-year battle with the deadly disease, she carved out a life that most of us don’t come close to. Using Mallory’s posthumously published 25,000-page secret diaries, hundreds of hours of newly discovered footage, and audio recordings, the film offers Mallory as the narrator of her own extraordinary chronicle.