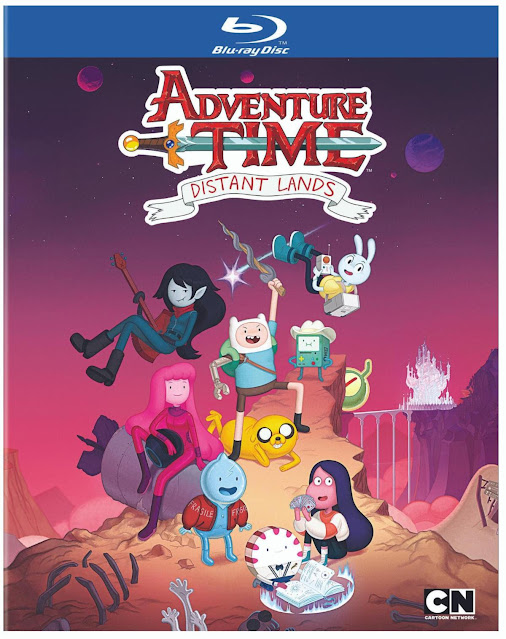 Oh My Glob! Get ready embark on a magical journey through the Land of Ooo and beyond when Warner Bros. Home Entertainment brings the Emmy-nominated Max Original, Adventure Time: Distant Lands to Blu-ray and DVD on March 8, 2022.

BMO - follows the lovable little robot from Adventure Time. When there's a deadly space emergency in the farthest reaches of the galaxy, there's only one hero to call, and it's probably not BMO. Except that this time it is!

Obsidian - features Marceline & Princess Bubblegum as they journey to the imposing, beautiful Glass Kingdom—and deep into their tumultuous past—to prevent an earthshaking catastrophe.

Together Again – brings best buds Finn and Jake together again to rediscover their brotherly bond and embark on the most important adventure of their lives.O

Wizard City - follows Peppermint Butler, starting over at the beginning, as just another inexperienced Wizard School student. When mysterious events at the campus cast suspicion on Pep, and his checkered past, can he master the mystic arts in time to prove his innocence?