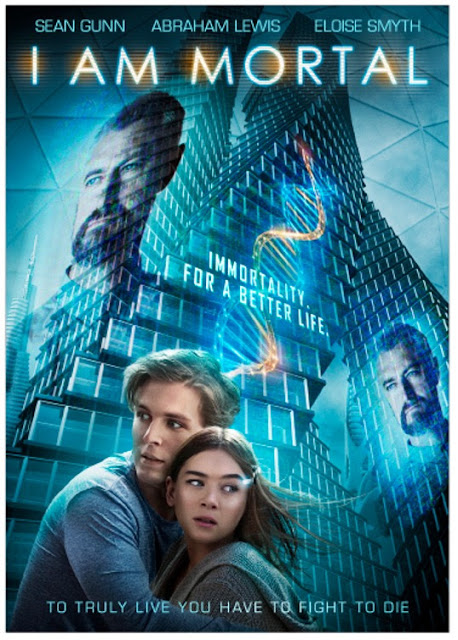 I AM MORTAL will be released on DVD and Blu-ray on March 1, 2022. The film had a theatrical run in November 2021.  Directed by Tony Aloupis (Safelight), this thrilling young adult dystopian sci-fi drama asks the question: If you could have immortality, what would you be willing to give up? The film stars Sean Gunn (Guardians of the Galaxy, “Gilmore Girls”), Eloise Smyth (“Harlots,” How to Talk to Girls at Parties), Abraham Lewis (“Guerrilla”), John Harlan Kim (“9-1-1,” “The Librarians”), Nina Kiri (“The Handmaid’s Tale”), Nia Sioux (“Dance Moms”), and Lauren Lindsey Donzis (“No Good Nick,” “Liv and Maddie”).

I AM MORTAL is set 200 years in the future when the human race has achieved immortality through a genetic vaccine. All war, violence and crime has been eradicated, but in this utopian society a small band of rebels have formed to overthrow the status quo and reclaim their right to die.