Sundance 2022: Michael Felker on SOMETHING IN THE DIRT 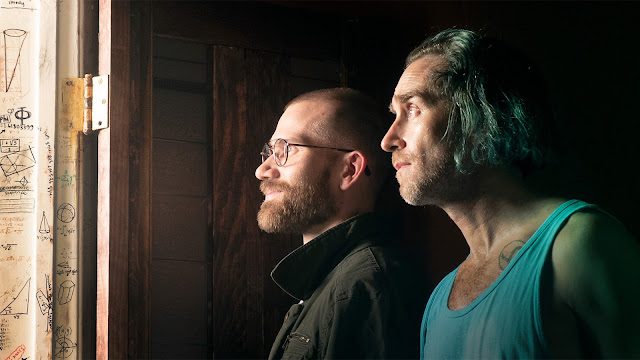 Los Angeles based Editor Michael Felker worked on the Sundance project Something In The Dirt, a film by Justin Benson and Aaron Moorhead. In the film, when two neighbors witness supernatural events in their Los Angeles apartment building, they realize documenting the paranormal could inject some fame and fortune into their wasted lives. An ever-deeper, darker rabbit hole, their friendship frays as they uncover the dangers of the phenomena, the city and each other.

DIY wonderkids Aaron Moorhead and Justin Benson make their Sundance Film Festival debut, serving as co-directors, co-stars, co-editors, writer (Benson), and cinematographer (Moorhead) of this twisted, sci-fi talkie. Their oddball chemistry shines on screen and in the script, as these two isolated and unfulfilled individuals spur each other toward wormholes and away from reality. Something In The Dirt tells a tale of these paranoid times, where every answer imaginable is just a Google search away.