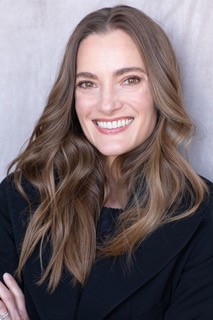 30WEST has hired Maren Olson as EVP, Film. Maren will join the studio this month where she will work alongside fellow EVP Trevor Groth to manage the fast-growing company’s slate of projects, which include the forthcoming The Trashers starring David Harbour (Stranger Things) and to be directed by Cooper Raiff (Cha Cha Real Smooth), and the genre-bending thriller Day Drinker, to be directed by Marc Webb (The Amazing Spider-Man, 500 Days of Summer).

30WEST will be in Cannes this month premiering Imperative Entertainment’s Triangle of Sadness in competition, as well as The Silent Twins, which will premiere in Un Certain Regard. Also making noise in the Cannes market will be the forthcoming reboot of The Crow, which the company helped to package with Rupert Sanders directing and Bill Skarsgård and FKA Twigs attached to star. 30WEST is currently in post on an untitled “Wildcat” documentary, which will be released by Amazon Studios this fall.

Prior to joining CAA in 2015, Olson served as President of Traction Media, an independent film production and domestic sales company, where she oversaw the creative development, packaging, production, financing and sales of over 80 films including 2011 Best Foreign Language Oscar winner The Secret in Their Eyes. She also produced Destin Daniel Cretton’s Short Term 12.