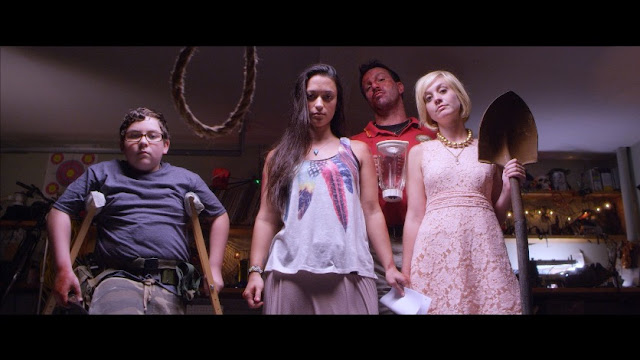 Sara Tomko is an actor, singer, producer & poet currently residing in Los Angeles.  She moved from the east coast in 2007 to pursue film & television.  Her most notable roles are The Cave Woman on HBO’s Season Two opener of The Leftovers, a recurring guest star as Suzanne on Amazon Prime’s Sneaky Pete and she is currently starring as Asta Twelvetrees on SyFy’s Resident Alien.  Sara has a film production company with her husband, Theodore Pederson, called In The Pocket Productions.  They produced a short film that premiered in July 2018 at the Laemmle NoHo 7 called Girls, Girls, Girls: Or As Tammy Withers Away and are working on their first feature, an arthouse horror, to be filmed in 2023.

Today I'm joined by Sara Tomko to discuss her latest film, SUICIDE FOR BEGINNERS. The film is currently available on VOD.