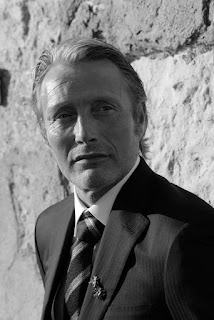 Mads Mikkelsen will headline the action spy thriller THE BLACK KAISER, directed by Jonas Akerlund (LORDS OF CHAOS, “Clark”), it was announced today.  The film is written by Jayson Rothwell & Mads Mikkelsen and based on the popular Dark Horse graphic novel Polar by Victor Santos and is produced by Jeremy Bolt and Robert Kulzer. XYZ Films will executive produce and sell worldwide rights at the upcoming Marché du Film in Cannes.  Discussions with additional cast are currently underway, with further announcements to come.

The Black Kaiser (Mads Mikkelsen), the world’s most lethal hitman, uncovers a deadly conspiracy protecting a powerful syndicate of killers, and becomes their number one target.

“We are very excited to be working with the brilliant Mads Mikkelsen and the visionary Jonas Akerlund on what will be an explosive, action packed, funny, unexpected and little insane and emotional journey,” said Jeremy Bolt.

Mikkelsen is best known for roles in CASINO ROYALE and as Dr. Hannibal Lecter in the TV series “Hannibal.” Other roles include THE HUNT, DOCTOR STRANGE, ARCTIC, ROGUE ONE: A STAR WARS STORY, ANOTHER ROUND and FANTASTIC BEASTS: THE SECRETS OF DUMBLEDORE. He will next be seen in the upcoming UNTITLED FIFTH INDIANA JONES FILM.