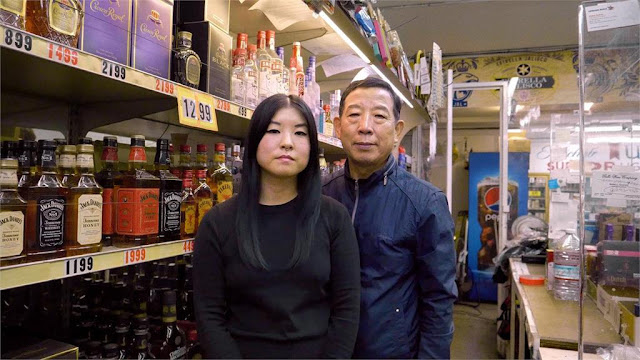 Director and liquor store baby, So Yun Um and her father have never seen eye to eye on anything, especially not her career choices. Although his liquor store has provided her financial stability to dream big, there’s tension between father and daughter, and how their Korean culture and store have had a complicated past within a Black community. So goes on a journey to unpack this tension as well as the generational divide between her and her father.
In contrast, in the wake of his father’s passing, Danny Park quits his dream job at Nike and returns home to help his mother run the family store on Skid Row. Unlike So, he’s inexplicably drawn towards home, with a dream of uniting the Black and Korean communities at his store. He’s immediately determined to create a path different from his father’s but soon realizes the insurmountable weight of being a small business owner.
LIQUOR STORE DREAMS is a portrait of two second-generation Korean Americans trying to create their own future by honoring their parent’s past through understanding and healing.
To see the film at Tribeca