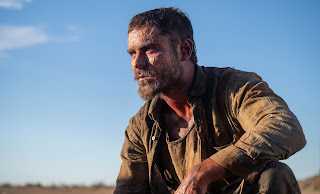 Today I’m joined by Anthony Hayes. I had Anthony on the show to discuss his latest film Gold that he wrote directed and co-stars in with Zac Efron.

The film is centered on two drifters traveling through the desert who stumble across the biggest gold nugget ever found,  then the dream of immense wealth and greed takes hold. They hatch a plan to protect and excavate their bounty with one man leaving to secure the necessary equipment. The other man remains and must endure harsh desert elements, ravenous wild dogs, and mysterious intruders, battling the sinking suspicion that he has been abandoned to his own fate.

Gold is currently available on Blu-ray, DVD, and digital.

We also discuss Anthony’s project to support independent filmmakers Film Crib. Film Crib is a platform where filmmakers can share their short films and make money. This is an incredible project that removes the middlemen between artists and commerce.  There is no charge to watch the films and in fact, you can make money by watching films on Film Crib as well. For more information go to filmcrib.io.

You will notice that this episode starts with us in mid-conversation. This was an impromptu interview that came up after I tagged Anthony in a post on Twitter. And unfortunately, I didn’t click record until about 20 minutes into our conversation. Ultimately I think it's pretty easy to jump in and pick up on the conversation but it's a bit of an abrupt start.

I had a great time chatting with Anthony and highly recommend that you check out Gold and Film Crib. Enjoy the show!