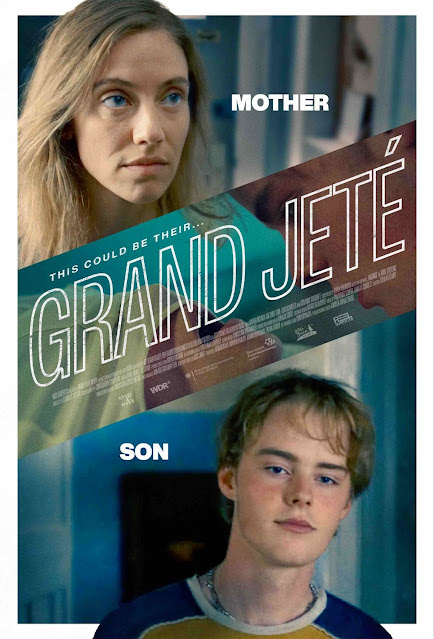 Nadja (Sarah Nevada Grether) is an aspiring ballerina with the scars to prove it. A masochistic pursuit at her dream career has left her body battered, a map of the tumultuous torture dancers withstand on a daily basis. Working now as a dancing instructor for children, rather than as the dancer she always wanted to be, she decides to visit the adult son she has been estranged from since he was a child.

Mario (Emil von Schönfels), raised by his grandmother, is similarly focused on his physical form and the abuse it takes to earn the physique he craves. When Nadja shows up at Mario's doorstep, it starts a relationship that is as sensitive as it is taboo-shattering, placing Grand Jeté alongside other provocative European films like Christophe Honoré's Ma mère and Bertrand Blier's Beau Pere.

Isabelle Stever's film, a selection of the Berlin International Film Festival, is a powerful character drama about familial boundaries and the lack thereof, with sensational (and daring) performances from Grether and Schönfels and striking, intimate cinematography by Constantin Campean.