Posted by Christopher Maynard on August 31, 2022 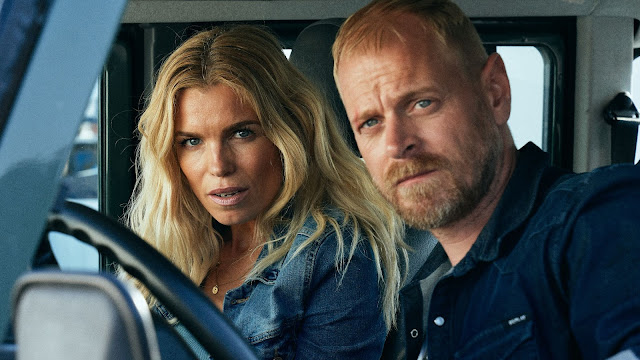 White Sands is a light crime series about an undercover expert and a homicide detective who are secretly sent to a Danish seaside town to solve the killing of a young German man while pretending to be a married couple.

In order to solve the brutal murder of a young, German surfer, two police officers are secretly deployed to the tourist paradise of Hvide Sande on the Jutlandic west coast. No one in the town trusts the police, so they must come across as a happily married couple from the big city moving to the North Sea coast to start a new life. The two police officers are Dane Helene, an expert in undercover work, and Danish-German Thomas, a homicide detective from Hamburg. They quickly come to realize that being credible in the roles of husband and wife isn’t easy when you’re used to being alone. But as they get closer to the small town’s residents and circumstances, hidden connections and old wounds, they also get closer to each other and feel their own emotions awakening.