AFF 2022: The Whale and Armageddon Time Announced Plus Full Second Wave of Titles 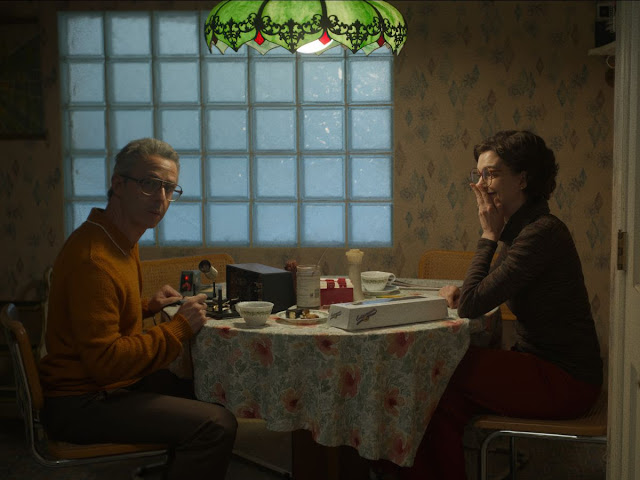 Austin Film Festival (AFF), the premier film festival recognizing writers’ and filmmakers’ contributions to film, television, and new media, announced today that The Whale will serve as the festival’s Opening Night selection. Directed by Academy Award®-nominee Darren Aronofsky (Requiem for a Dream, Black Swan, The Wrestler). The Whale stars Brendan Fraser and is written by Samuel D. Hunter, based on his acclaimed play of the same name. The Whale will screen the opening night of the Festival, October 27 with Hunter in attendance.

Writer/Director/Producer James Gray, who has written the screenplay for every major motion picture that he's also directed, made his directorial debut in 1994 at the age of 25 with Little Odessa. The film received the Critics Award at the Deauville Film Festival as well as the Silver Lion in Venice. His second feature, The Yards (2000), started a career-long collaboration with Joaquin Phoenix and included Mark Wahlberg, Charlize Theron, Faye Dunaway, Ellen Burstyn and James Caan. Gray's New York crime drama We Own The Night (2007) starred Mark Wahlberg, Joaquin Phoenix, Eva Mendes and Robert Duvall.

His fourth feature, the Brooklyn-set drama Two Lovers (2008), premiered In Competition at Cannes and went on to receive a César nomination for Best Foreign Film in 2009. It received nominations at the Independent Spirit Awards for Best Director and Best Female Lead. In May 2013, The Immigrant, which starred frequent collaborator Joaquin Phoenix, Marion Cotillard and Jeremy Renner, became his fourth film to premiere In Competition at the Cannes Film Festival.

Gray's film The Lost City of Z was based on the best-selling novel by David Grann and starred Charlie Hunnam, Sienna Miller, Robert Pattinson and Tom Holland. It had its world premiere as the closing night selection of the 2016 New York Film Festival and was released in theaters by Amazon Studios/Bleecker Street in April 2017. Gray’s Academy Awards nominated space epic Ad Astra starred Brad Pitt and was released in theaters in September 2019 after its Venice Film Festival premiere.

His latest project, Armageddon Time - which he again wrote, directed, and produced – is a deeply personal project inspired by Gray’s own childhood growing up in 1980s New York City. The film stars Anthony Hopkins, Anne Hathaway and Jeremy Strong and will be released this fall by Focus Features. 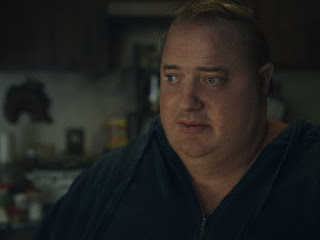 Synopsis: From Darren Aronofsky comes The Whale, the story of a reclusive English teacher living with severe obesity who attempts to reconnect with his estranged teenage daughter for one last chance at redemption. Starring Brendan Fraser and based on the acclaimed play by Samuel D. Hunter.

Synopsis: From acclaimed filmmaker James Gray, ARMAGEDDON TIME is a deeply personal reflection on the strength of family, the complexity of friendship and the realities of class and privilege, seen through the eyes of a young Jewish boy growing up in 1980s Queens. The film features an all-star cast including Anthony Hopkins, Anne Hathaway and Jeremy Strong.

Synopsis: A son takes care of his father with a deteriorating mental condition where he believes he's a wild animal. The films cast includes Cusick, Larry Fessenden, Jenna Kanell, and Kelli Maroney.

Synopsis: Checkout follows Dov (Josh Pais), a desperate spy who must convince his peers he is telling the truth about a legendary terrorist. Trying one last time to become the myth he always thought he would be, Dov faces the harsh realities determined to retire him. He'll do anything to change their minds. Checkout is a dark comedy based on real lies of real Mossad spies.

THE FIRE THAT TOOK HER

Synopsis: Mother-of-two Judy Malinowski, was doused in gasoline and set on fire by her crazed ex-boyfriend – becoming one of the first people to testify at their own murder trial. THE FIRE THAT TOOK HER goes inside the landmark case to ask a timely question: How much must women suffer in order to be believed?

Synopsis: FOLLOW HER is a psycho-sexual thriller. Jess Peters, a struggling actress and live streamer, has finally found her hook: secretly filming creepy interactions she encounters via online job listings, and using the kinks of others to fuel her streaming success. For her next episode, she’s been hired to write the ending of a screenplay in a remote, lavish cabin. Once there, the alluring self-proclaimed screenwriter hands her a script in which the two of them are the main characters. This client isn’t what he seems, and even though the money is great… the real payment here could cost her life.

FOR THE LOVE OF FRIENDS

Synopsis: In 1986, to awaken America to the AIDS crisis and to honor the friends he lost, Brent Nicholson Earle runs the perimeter of the United States. In The American Run for the End of AIDS, Brent runs almost a marathon a day for 20 months straight. After enduring blisters, exhaustion, ignorance and fear, he returns home to his own HIV diagnosis. Though the run finishes, Brent’s activism never stops.

Synopsis: When basketball-obsessed Aleks moves in across the street, Asian-Canadian teen Jake finds himself trying out for the basketball team to get his attention in this classic coming-of-age drama set in the digital age.

The complete list of Festival programming, including over 100 films as well as hundreds of panels, will be announced in late September.