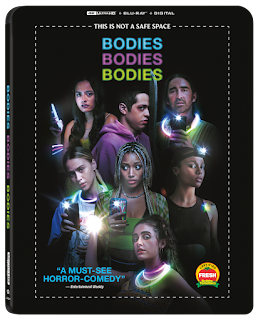 When a group of 20-somethings get stuck at a remote family mansion during a hurricane, a party game ends with a dead body on the ground and fingers pointed everywhere. As they try to find the killer among them, fake friends and real enemies have to learn who to trust — and how to survive — in this fresh and funny Gen-Z meltdown starring Pete Davidson, Amandla Stenberg, and Maria Bakalova.

This one looks to be a lot of fun! Check out the trailer below