FRANCESCA EASTWOOD AND MILO GIBSON TO STAR IN THRILLER CLAWFOOT

Posted by Christopher Maynard on September 20, 2022 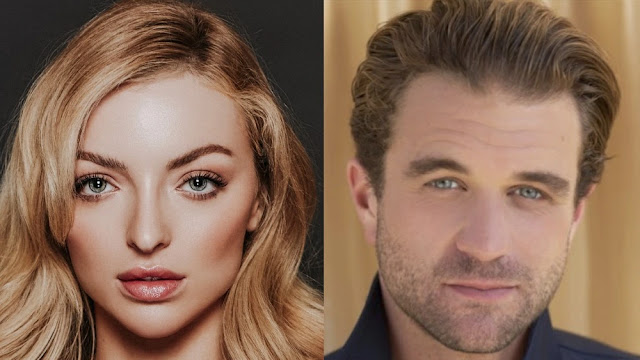 Eastwood’s most recent film credit is Old directed by M. Night Shyamalan for Universal Pictures. She also starred opposite Brenton Thwaites in the Goetz Brother’s directed indie A Violent Separation. Prior to that, she played the lead role of Noelle in M.F.A. which premiered at SXSW. The Los Angeles Times called her performance “absolutely riveting.” Eastwood also played a starring role opposite James Franco in the Dan Bush directed thriller The Vault, as well as a starring role in Outlaws and Angels opposite Chad Michael Murray and Luke Wilson which had its premiere at Sundance Film Festival. Eastwood can next be seen in Mort in Sherman Oaks, also starring Lucy Hale, Jim Gaffigan, Jay Pharoah and Monica Potter.

Gibson made his feature debut in the Oscar-nominated feature Hacksaw Ridge, and starred in Peter Facinelli’s directorial debut Breaking & Exiting, Rod Lurie’s The Outpost, as Al Capone in the crime drama Gangster Land, The Tribes of Palos Verdes alongside Jennifer Garner, action thriller All the Devil’s Men, and David Blair’s World War II drama Mission of Honor.  Gibson recently starred in Under the Stadium Lights with Laurence Fishburne, and the upcoming Manifest West, slated for release this fall.

After seeing M.F.A. on the festival circuit a couple of years ago, I've been fully onboard with Francesca Eastwood. She's an incredibly gifted actor who can bring gravitas to any role, no matter what the genre happens to be.