SIGNIFICANT OTHER Trailer and Release Information

Posted by Christopher Maynard on September 06, 2022 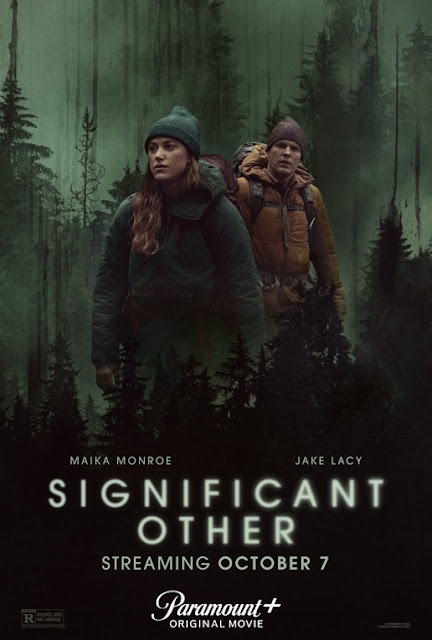 September 6, 2022 – Paramount+ today released the official trailer and key art for its upcoming original high concept thriller, SIGNIFICANT OTHER. The film will hold its World Premiere at the 2022 New York Comic Con, and will exclusively debut on the service on Friday, October 7th in the U.S., Canada, U.K., Australia and Italy, and later this year in additional international territories where Paramount+ is available.

Presented by Paramount+ in Association with Paramount Pictures’ Players Label, SIGNIFICANT OTHER follows a young couple Harry (Jake Lacy, “White Lotus”) and Ruth (Maika Monroe, “It Follows”) who take a remote backpacking trip through the Pacific Northwest, but things take a dark turn when they realize they may not be alone.