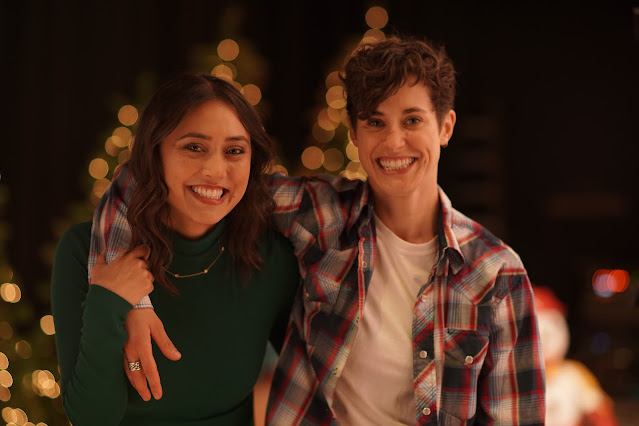 With an exciting lineup of programming for, by, and about LGBTQI+ women and non-binary people, the SVOD/TVOD DIVABoxOffice.tv streaming channel premieres Dec. 1 on major platforms, including iTunes, Google Play, Roku, and Amazon firestick.

DIVABoxOffice.tv is a joint venture between U.K.-based DIVA Media Group (DMG), U.S.-based A Baker Production, and Christin Baker—who founded Tello Films in 2009, the world’s first streaming network dedicated to lesbian/queer women—who will serve as president and CEO. Baker is also the writer/director behind such Emmy-nominated queer series as Secs and EXECS and Riley Parra and such critically acclaimed queer films as Christmas at the Ranch, I Hate New Years, and Season of Love.

DMG is the world’s leading entertainment group for LGBTQI+ women and non-binary people. In addition to publishing its flagship publication DIVA magazine—the longest-running print magazine in the world for women loving women—DMG is also the force behind podDIVA, hosted by Rachel Shelley of The L Word; the groundbreaking Lesbian Visibility Week (April 24-30); DIVA Awards; Pride Power List; and Rainbow Honours.  First published in 1994, DIVA magazine brings the world the latest in lesbian and bi-related celebrity interviews, news, politics, pop culture, style, travel, social issues, entertainment and more. DIVA tackles tough topics, like racism in the LGBTQI community, mental health and the challenges facing queer youth and profiles inspirational women who are making a difference to the lives of lesbian, bi and trans women.

DIVABoxOffice.tv will launch with the premieres of the Christmas film Merry & Gay, starring Dia Frampton (I Hate New Years; runner up in the inaugural season of The Voice and lead singer of the band Meg & Dia) and Andi René Christensen (Bel-Air, Hacks), the first non-binary actor to be the lead in a holiday rom-com; the limited horror series Scare B&B (6 episodes in the first quarter); and a library of more than 100 contemporary LGBTQI+ feature films, shorts, and other programming.

Production plans call for DIVABoxOffice.tv to produce four original films or series a year, as well as aggressively acquire original programming from other queer filmmakers.

One of the most exciting things about the streaming boom is representation. As audiences become more and more fragmented the need to develop highly specific content is a necessity. I for one am very excited to see what DIVABoxOffice.tv develops!!!