Following Films Podcast: ALL JACKED UP AND FULL OF WORMS Director Alex Phillips 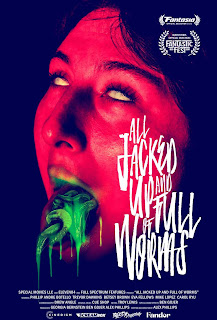 Roscoe, a janitor for a scuzzy love motel, whose girlfriend has brought another man home for strange rituals, drifts through life until he discovers a hidden stash of powerful hallucinogenic worms. Guided by visions of a giant floating Worm, he encounters Benny, a moped enthusiast trying to manifest a baby from an inanimate sex doll. They fall in love with doing worms together on a downward spiral into the primordial ooze.