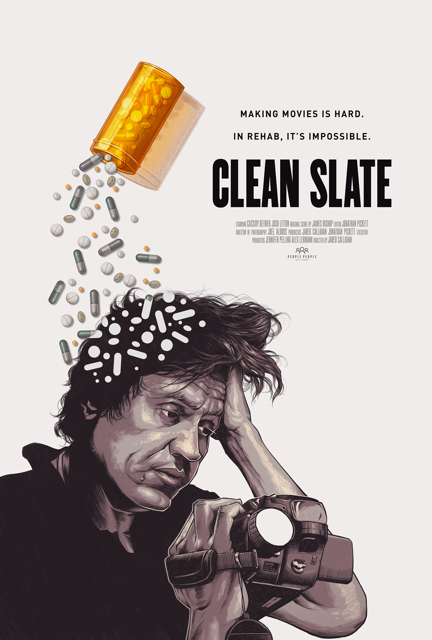 Global Digital Releasing will release the award-winning documentary Clean Slate, the latest from Emmy-Nominated filmmaker Jared Callahan (Janey Makes A Play), on digital December 2.
Pic, which played to raves at over fifteen international film festivals, tells of two friends in a Southern drug recovery program struggling to cope with their addiction and mental illness by making a short film about the pain they’ve caused their families.
The film, equal parts topical and captivating, was produced by Callahan and Jonathan Pickett. Jennifer Pelling was an executive producer, along with Alex Lehmann (Paddleton, Blue Jay, Meet Cute).
“Clean Slate is a feature-length documentary that provides an immersive, verité look into the world of recovery amid the biggest drug epidemic in American history”, says Callahan, whose work has been released through PBS, The New York Times, GQ Magazine, The Atlantic, Sundance, Tribeca, and other world-class festivals. “Everyone knows someone who's in recovery or someone who should be. In following Cassidy and Josh as they attempt to make a short film, our goals are to give viewers a space to empathize with those who struggle and to show how the creative process can be a lifeline to those in crisis many well-meaning people fail to understand the complex imprisonment that comes with the disease of addiction. Rather than preaching statistics, Clean Slate gives viewers an intimate window into the lives of two filmmakers and the relationship between creativity and recovery.”
Clean Slate will have a limited theatrical release in November and be available on digital platforms on December 2.