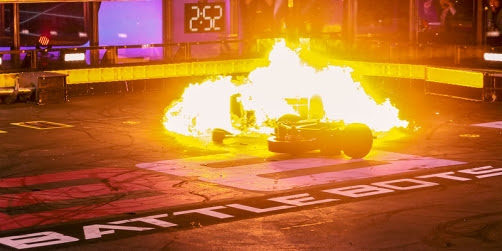 The new live show contains all the drama, action and destruction of the TV series, condensed into an intense, fast-moving, 80-minute theater show, featuring many of the most famous robots that fans all around the world have come to love. This includes bots like Witch Doctor, Kraken, Mammoth, Lock-Jaw, Hypershock and Whiplash, as well as several new robots being specially created for the show.

Tickets for the first six months of BATTLEBOTS: DESTRUCT-A-THON will go on sale Monday, Nov. 14. For more information go to Battlebots.com