THE CORRIDORS OF POWER Trailer 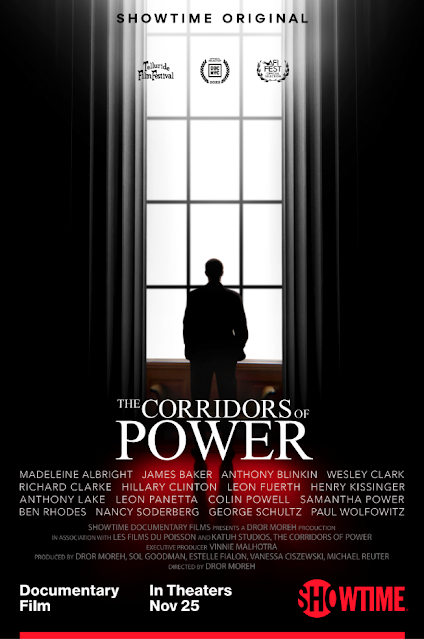 Directed by Oscar nominee Dror Moreh (The Gatekeepers, The Human Factor), THE CORRIDORS OF POWER is a riveting examination of how American leaders have responded to reports of genocide, war crimes and mass atrocities after the fall of the Soviet Union, when America stood as the only global superpower. By combining in-depth interviews with rare archival footage and state-of-the-art CGI animations, Moreh gives viewers the unique opportunity to peek behind the scenes and behind the headlines to better understand not the “what,” but the “why.” Featuring interviews with esteemed luminaires, including Madeleine Albright, James Baker, Condoleezza Rice, Colin Powell and Hillary Clinton, the film reveals how our past mistakes can dictate our future.

THE CORRIDORS OF POWER made its world premiere at the 2022 Telluride Film Festival and has gone on to play at AFI Fest, before showcasing at the upcoming DOC NYC.

And in Washington, D.C. Friday, December 2