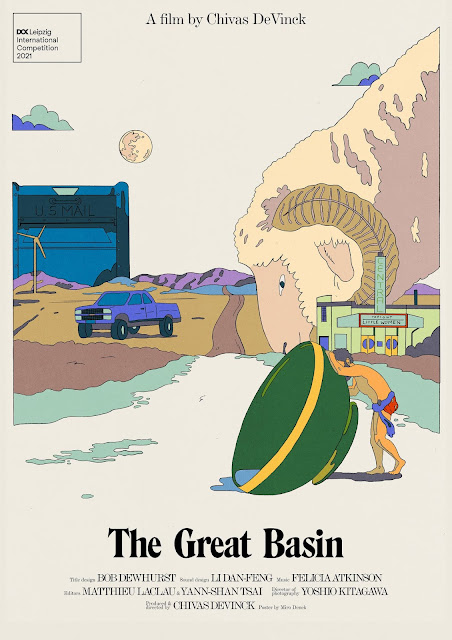 From below the earth to the stars, The Great Basin is a documentary feature that builds a complex panorama of rural Nevada, in the Western United States, through a tapestry of characters who work, live, and play there. The Great Basin is the location of the "Loneliest Road in America" and can be seen as a microcosm of the economic, social, and ecological marginalization of 21st-century rural communities.

The Great Basin invites viewers on a road of discovery through rural Nevada. Milieus, places and people are intertwined in a collage with the subterranean water from which everything seems to grow and for which everyone strives at its core. What looks like an arid desert landscape turns out to be so much more.

The Great Basin is a DialogueTalk production directed and produced by Chivas DeVinck, with cinematography by Yoshio Kitagawa, original music by Felicia Atkinson, and editing by Matthieu Laclau and Yann-Shan Tsai. The theatrical release tour is being spearheaded by Circle Collective.

A list of theater locations and ticketing information can be found at https://thegreatbasinfilm.com.