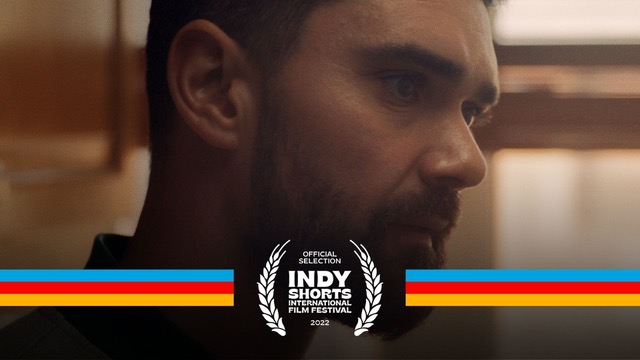 THE OUT follows Liam, a thirty-five-year-old recovering heroin addict, as he looks after his young daughter for the first time since being out of prison and getting clean.

Writer/Director Harry Brandrick has made 3 narrative short-films Roxanne ROXANNE, BETWEEN WALLS and THE OUT, alongside several other short-form pieces. He created THE OUT to shine a light on the real-life struggles people face and to tell a story that makes the audience question their views on why people go to prison and how we, as a society deal with addiction.

Allan ‘Seapa’ Mustafa is a BAFTA-winning actor/writer. Known for co-creating, writing and starring in PEOPLE JUST DO NOTHING which had great success at the Royal Television Society Awards and the BAFTA TV Awards, winning in the Scripted Comedy category at both. Allan starred in the short film BOSSMAN (selected for the Thunderdance and Colchester Film Festivals) and most recently in LOVE WEDDING RESPECT. He was named as one of Broadcast Magazine’s ‘Hotshots’ in 2014.

After having worked on various music videos and commercials for production company 33Red Films, THE OUT is producer Jack’s Wright’s first narrative short film for the producer Jack Wright. He has a keen interest in stories that explore social issues and unheard voices.

Producer Grace Bridger has produced a number of projects alongside Writer/Director Runyararo Mapfumo at Dessymak Productions. Their short film MASTERPIECE premiered at BFI London Film Festival, she went on to develop and produce DAWN IN THE DARK supported by BBC Films and BFI NETWORK which premiered at BFI London Film Festival. Previously Grace worked in post-production on Hong Khaou's MONSOON and assisted Producer Tracy O'Riordan during the production of Film4's DREAM HORSE, starring Toni Collete and Damien Lewis.

The stunning cinematography was created by Kia Fern Little.

The Out Trailer from Harry Brandrick on Vimeo.