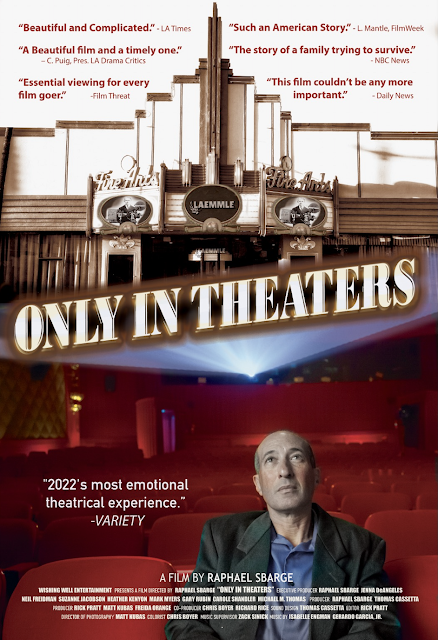 Today I'm joined by ONLY IN THEATERS director Raphael Sbarge to discuss his intimate and moving film that far more than a film about films. This is a journey taken with the Laemmle family, spanning nearly three years of challenges, losses, and personal triumphs.

There has been a Laemmle in the movie business since there’s been a movie business.  Their beloved Arthouse Cinema chain with an astonishing Hollywood legacy has, for four generations, been dedicated to elevating the art of filmmaking and the filmmakers who make them. Responsible for bringing foreign film to Los Angeles and popularizing countless foreign independent films and their filmmakers, the Laemmle Theatres’ impact on Hollywood and world cinema cannot be overstated. In a world of growing conglomeration, the Laemmle circuit of theatres has become even more of an anomaly: a family-owned and operated art house theatre chain.  Filmed over 2 1/2 years, Only in Theaters chronicles a family business, and their determination to survive.  But in a changing world this is also a story about the future of Cinema. Interviews with Ava DuVernay, Cameron Crowe, James Ivory, Nicole Holofcener, and others.