KNOCK AT THE CABIN Poster 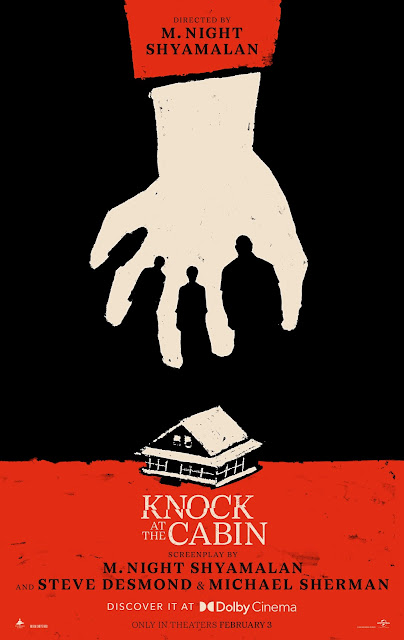 Screenplay by: M. Night Shyamalan and Steve Desmond & Michael Sherman, based on the book The Cabin at the End of the World by Paul Tremblay

Say whatever you will about Shyamalan's track record as a filmmaker (I happen to be a fan), dude knows how to get your interest piqued. This is a GREAT poster! Considering the source material, I was all on board for this one already, but now... I can't wait!

While vacationing at a remote cabin, a young girl and her parents are taken hostage by four armed strangers who demand that the family make an unthinkable choice to avert the apocalypse. With limited access to the outside world, the family must decide what they believe before all is lost.