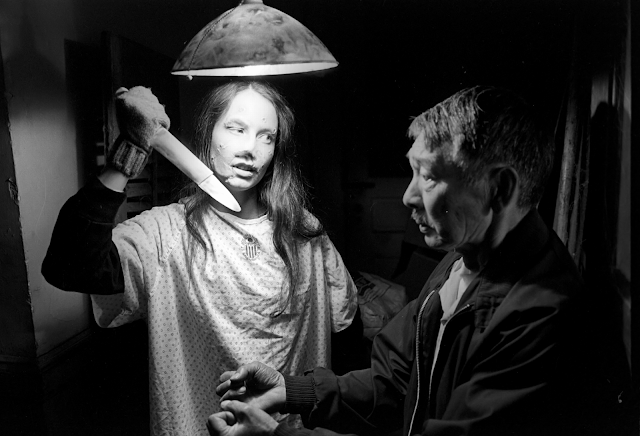 MANY PEOPLE VISIT... NO ONE EVER LEAVES

Julia (Trish Everly) has spent the better part of her life living in denial. Trying to forget about the cruel and inhumane treatment she received as a child at the hands of her twin sister Mary (Allison Biggers). Time has not softened Mary, before escaping a hospital where she has been treated for a disease that has left her disfigured, she vows to get revenge on her sister. MADHOUSE is setup as a ticking time clock where we count down the days until Julia's birthday, the day Mary has promised to exact revenge. 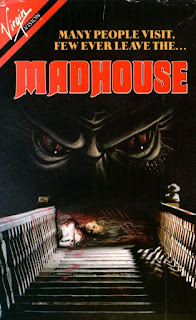 Assontis is best known for his work on THE CURSE and PIRANHA 2: THE SPAWNING but I've always felt his operatic sensibilities were best suited to films like MADHOUSE. A production shot entirely on location in Savannah Georgia, his film takes the blood lust of the late 70's early 80's slasher craze and infuses it with the surrealism of classic Italian horror.

MADHOUSE is very much of its time but has aged beautifully. The anamorphic widescreen and synth soundtrack give the film a CARPENTER meets ARGENTO vibe while feeling utterly unique.

Dogs. I have never seen this much violence from and towards dogs in a single film. If you are the type of person who can't handle violence towards animals on film, avoid this one. There are fight sequences between man and mutt that go on for minutes. Imagine the fight scene in THEY LIVE (you know the one) but with a pooch and a person and you'll get the idea. Notice how when I used the word "sequences" before, it's plural? Yes, there are multiple fight to the death encounters between man and his best friend in this film... and one of them involves a drill. This movie is not for the faint of heart.

The violence in MADHOUSE is front and center.  Assontis dwells on his prosthetic pornography, almost daring the viewer to keep watching. After the opening two minutes of the film, you will have a good idea of whether or not this film will work for you. This is a nasty, brutal little movie that has earned its place among the classic horror films of its era. I can't imagine a non-genre fan finding much value in this film, other than Michael MacRae's mustache, that thing is a work of art and any viewer can appreciate beauty. 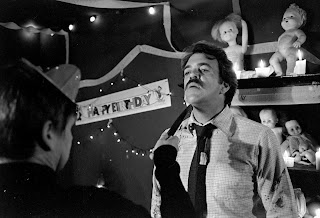 Arrow has absolutely knocked it out of the park with this one. The transfer is stunning and the uncompressed audio is room shaking. If you are a fan of MADHOUSE, I can't recommend this one highly enough.

You can order MADHOUSE from MVD here.