Posted by Christopher Maynard on August 15, 2022 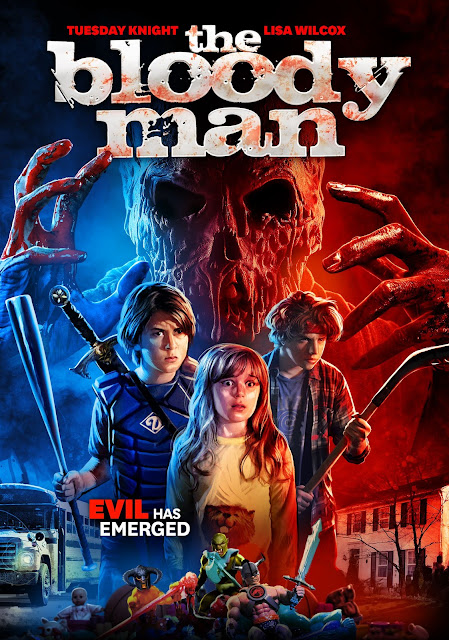 Wild Eye Releasing will release a Special Edition Blu-ray of Daniel Benedict’s The Bloody Man, a supernatural horror film reuniting A Nightmare On Elm Street 4 : The Dream Master stars Lisa Wilcox and Tuesday Knight, this December. The film is currently available on VOD.

Penned by Daniel and Casi Benedict, and produced by Red Serial Films, the film tells of a young boy who, after the death of his mother, becomes obsessed with a comic book she gave him that ultimately summons the ancient monster found in its pages.

Today I'm joined by Lisa to discuss her work on THE BLOODY MAN, returning to work after a self-imposed hiatus, and our dogs.