Trailer for THE LAIR From Neil Marshall and Charlotte Kirk 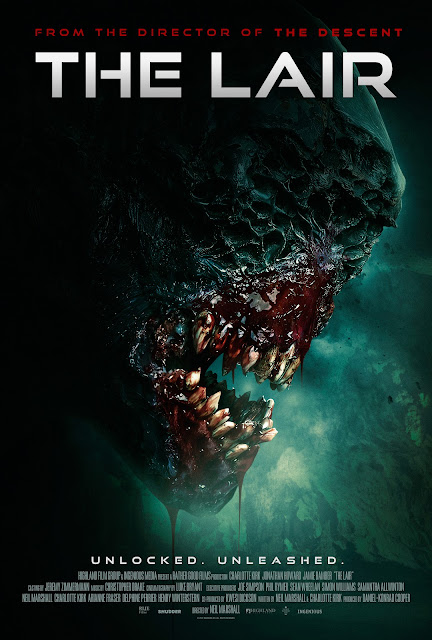 Written and directed by Neil Marshall (The Descent) and co-written by Charlotte Kirk (The Reckoning).
Starring Charlotte Kirk (Ocean’s Eight), Jonathan Howard (Thor: The Dark World), and Jamie Bamber (“Battlestar Galactica”).
When Royal Air Force pilot Lt. Kate Sinclair is shot down over Afghanistan, she finds refuge in an abandoned underground bunker where deadly man-made biological weapons – half human, half alien – are awakened.
Available In Theaters, On Demand and Digital on October 28, 2022